Making a Transfer on Mobile

Have you moved money from one physical (you know, real-world) account to another and need to reflect that in YNAB? No problem, it's easy in the mobile app. How your transfer is recorded depends on how those real-world accounts are set up in YNAB.

If you've made a transfer between real-world accounts and both of those accounts are set up in YNAB, you’ll be making a transfer in the app.

1
Tap Accounts and choose the account the money is leaving.
2
Tap the Add Transaction (+) button.
3
Enter the outflow amount.
4
Tap the Payee field and start typing "Transfer," then choose the transfer payee for the account you're transferring to.

5
You'll only need to choose a category if you're making a transfer between a budget account and a tracking account—because that means those dollars are either leaving or entering your budget.

That’s it. Save the transaction and the transfer will show up in both accounts!

For transfers from one budget account to another, no category is needed, because the money is not leaving your budget. If those dollars should now have a different job in your budget, your next step is to move money.

Transfers between tracking accounts don't need a category either, because the money is not in your budget.

For linked accounts, transfers will import once they clear. If it's the first transfer between two particular accounts, YNAB won't know to make it a transfer, so it will import as a regular ol' transaction.

If you enter the transfer before it imports though—using the steps above—they'll automatically match up. 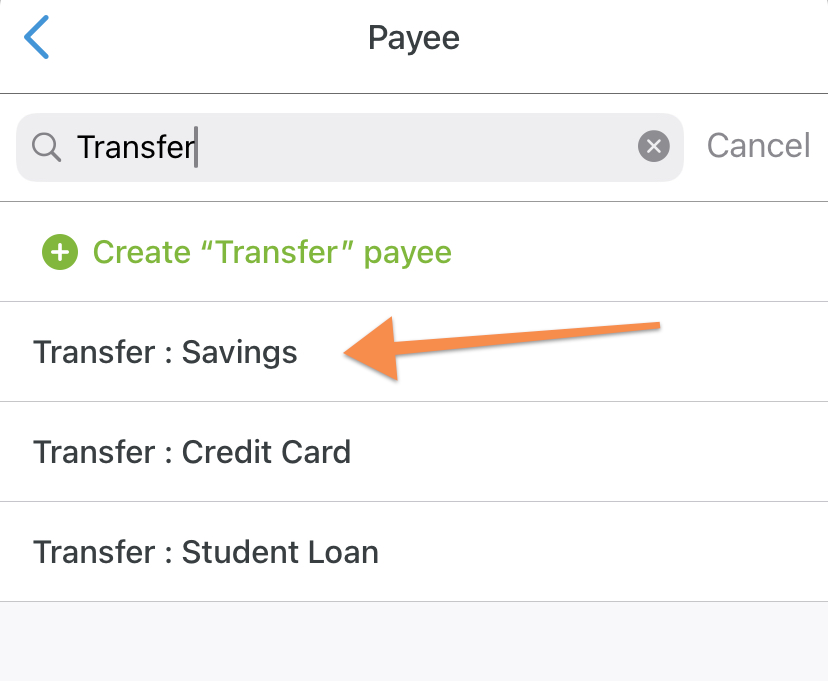 Going forward, as long as your bank uses the same payee, YNAB will know to make it a transfer automatically. All you'll need to do is approve the match!

Did this answer your question? Thanks for the feedback There was a problem submitting your feedback. Please try again later.
Last updated on April 26, 2022