Have you ever wished YNAB would automatically add a transaction for that cup of coffee you get every day—without entering the same details each time? If so, try creating a YNAB Siri Shortcut.

In the YNAB mobile app, add a transaction you want to save as a shortcut.

Type YNAB into the search bar.
4

Select the YNAB action you want to save as a shortcut.

If you'd like, tap the toggle icon to Add to Siri. Record a phrase for the shortcut, and you'll have a no-tap way to add that cup of coffee to YNAB! ☕ 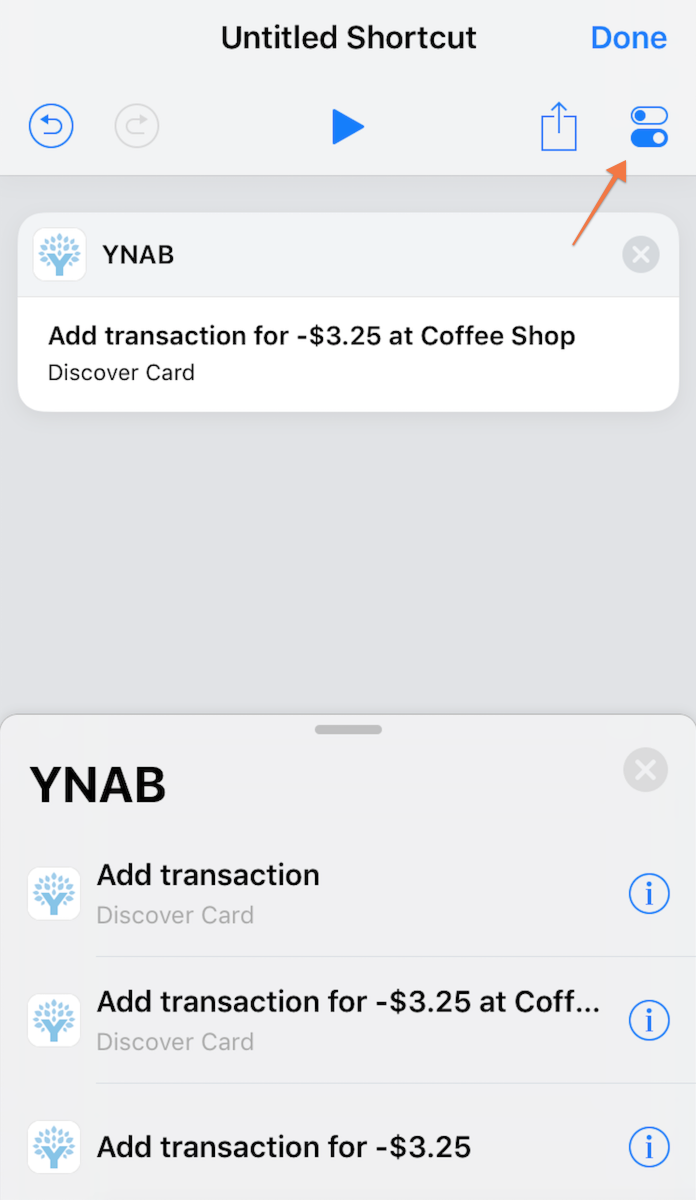